The Impact of Cryptocurrencies on the Internet of Things

The vision of an Internet of Things (IOT), in which every physical object can become part of the Internet is almost 25 years old. Only during the last years, due to the interplay of recent technologies like cloud computing, the unprecedented scale of the smart phone supply chain, and the global expansion of communication infrastructure, computing and networking has become so cheap and convenient that the number of connected objects is increasing rapidly. In 2016, there are more connected objects than humans on earth, and the number of connected devices is expected to reach 20 to 30 billion until 2020. Novel business and financing models for connected devices need a new a type of value exchange infrastructure that scales with the Internet itself. While information can travel bit by bit with the speed of light between humans, machines and across borders, the transfer of value has always been cumbersome. A new type of digital currencies may be able to change that. Instead of trusted third parties, cryptocurrencies are based on public peerto-peer networks, cryptography and mechanism design. Within a few years Bitcoin has risen from funny Internet money to a global currency with a market capitalization of more than $10 billion. But Bitcoin is more than a currency. It is programmable money and a platform for permissionless innovation. Thus, a rich start-up ecosystem with a combined investment of more than $1 billion has emerged. A global community of developers is constantly improving Bitcoin itself, and is building new platforms based on the underlying technology, the blockchain. Hundreds of alternative cryptocurrencies have emerged and large corporations have formed consortia to utilize the technology in a permissioned setting. Aside Bitcoin, the most prominent cryptocurrency is Ethereum which aims to build a global permissionless trusted computing platform with an integrated economy. On these platforms machines are first class citizens. This allows to rethink the capabilities of connected devices and their role in a global economy. One of the promising IOT business models is Sensing-as-a-Service (S2aaS) in which a local sensing unit becomes a globally accessible resource. This thesis identifies and discusses a number of characteristics of cryptocurrencies that uniquely suit as a basis for a global S2aaS infrastructure. This thesis further presents a first prototype based on Bitcoin to illustrate the concept. The major issues are scalability, latency and the impracticality of direct micropayments. The second prototype leverages Bitcoin’s programmability to implement selfenforcing contracts, so called smart contracts, enabling mediated unidirectional micropayment channels – a means for low-latency low-trust micropayments based on a hub-and-spoke architecture. The sensing client in this prototypeis implemented as a smartphone application. Thus, providing the basis for a global mobile crowdsensing application.

Cryptocurrencies enable connected devices to autonomously handle money. In combination with smart contracts and the related concept of smart property, connected devices are able to participate in various low-trust economic interactions, both as subject and as object. The emerging concept of economic devices, is illustrated with a prototype of an Ethereum-enabled public display, which provides the service of showing user-selected content in exchange for cryptocurrency payments. Payments are handled by a smart contract, which automatically distributes the revenue to a fluid set of global investors. Thus, this example illustrates novel financing and ownership models for connected productive assets, which are of particular importance for emerging economies where traditional financial and judicial systems are underdeveloped. 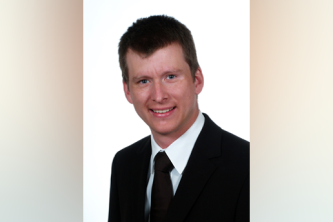